Jacqueline Valdespino, of Valdespino & Associates, P.A. (valdespinopa.com), a defender of marriage parity, weighs in on legalization of gay marriage. 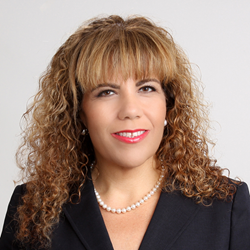 Valdespino & Associates, P.A. was founded with the vision of providing the very best in family and matrimonial law to the people of Florida. We are a law firm where family matters, whether that family be same sex or opposite sex.

“Last Friday the US Supreme Court ratified public opinion in Obergefell v. Hodges, the case that finally recognized that same sex couples have a right to marry and that the States do not have a right to deny them marriage licenses. This decision guarantees same sex couples the right to live with dignity. This decision will prove to be the one that settled a major civil rights issues of our generation,”said Attorney Jacqueline Valdespino. In the majority opinion, Justice Kennedy wrote, "Their hope is not to be condemned to live in loneliness, excluded from one of civilization's oldest institutions. They ask for equal dignity in the eyes of the law. The Constitution grants them that right."

Jacqueline Valdespino is not only an attorney, but an advocate for equality in marriage, having publicly spoken on several occasions for marriage equality regarding same-sex couples. Jacqueline, who for more than eight consecutive years has been selected as one of Florida’s Super Lawyers for Family Law, has even appeared as a television panelist on an episode of the Maria Elvira Confronta program, discussing same-sex marriages.

Jacqueline, of Valdespino & Associates, P.A., which was named Family Law Firm of the Year in Florida in 2014 and received a ranking in the 2015 edition of U.S. News – Best Lawyers “Best Law Firms,” has been practicing law for more than 25 years. She is Board Certified in Matrimonial and Family Law by the Florida Supreme Court and she is a member of the International Network of Boutique Law Firms (INBLF). In addition to speaking out about the rights of same-sex couples, Jacqueline has written a number of published articles about family law.

“Valdespino & Associates, P.A. was founded with the vision of providing the very best in family and matrimonial law to the people of Florida,” said Jacqueline. “We are a law firm where family matters, whether that family be same sex or opposite sex.”

About Jacqueline Valdespino, Valdespino & Associates, P.A.
Jacqueline Valdespino is a Fellow of the American Academy of Matrimonial Lawyers and is a former Assistant Attorney General of the Department of Legal Affairs at the Office of the Attorney General. She is a founding partner of Valdespino & Associates, P.A., a boutique family law firm specializing in divorce, child custody, child support, alimony, prenuptial and cohabitation agreements and mediated divorce settlements. For more information, please call (305) 442-1200.